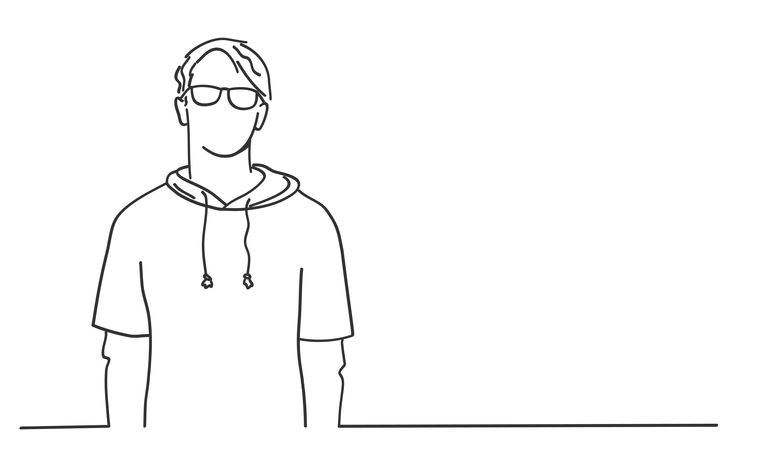 Peter Johnson has not had an easy life. From an early age, he has suffered from bipolar disorder and substance use disorder. These disorders have caused significant strain on relationships with his friends and family, leaving Peter with a limited support system. He has been in and out of hospitals and mental health clinics for years, often with nowhere to go once discharged.

Peter has struggled to manage his bipolar disorder. He often does not take his medicine because he forgets, runs out, or just does not feel like taking it. Most days, Peter turns to alcohol to help numb the pain. He feels powerless with his mental health because no medication or therapy has ever helped.

During a recent episode, he was picked up by police and taken to the hospital. The hospital staff transferred him to a mental health clinic. During his inpatient stay, Peter went back to the hospital for severe withdrawal symptoms. He was in the clinic for two weeks, until considered stable enough for outpatient treatment. Prior to release, the clinic set up an appointment with a local psychiatrist for the following week, but Peter did not show up. He was back at the hospital days later with nausea and abdominal pain due to continued drug use. Within a week, Peter visited three different emergency rooms with knee and shoulder pain.

CHESS noticed this pattern of significant utilization and reached out to Peter in hope of breaking the cycle. When reviewing Peter’s health records, it was found that Peter had not seen his PCP or therapist in months. On behalf of Peter, CHESS scheduled an appointment so that he could get the care he needed. Peter missed his appointment because he didn’t have a ride. CHESS rescheduled this appointment and arranged transportation. During Peter’s appointment, his PCP urged him to start seeing a psychiatrist regularly to better manage his mental health.

Peter never saw a psychiatrist. In the span of 2.5 months after this appointment, Peter visited the emergency room 6 times. Again, CHESS connected with Peter and learned he had moved. Since all his current providers were in his hometown, CHESS worked with Peter to find new providers that would accept his insurance. While transitioning to new providers, CHESS maintained an open line of communication with Peter and learned of his additional health challenges, like dental problems, shoulder pain, and malnutrition. He also shared his struggles with transportation, housing, and job stability.

Peter had yet another emergency room visit after being found unresponsive by his neighbors. He then decided to move back to his hometown. Now that he was local, CHESS referred him to its social worker, who could help Peter overcome his obstacles to care, like reliable transportation and economic stability.